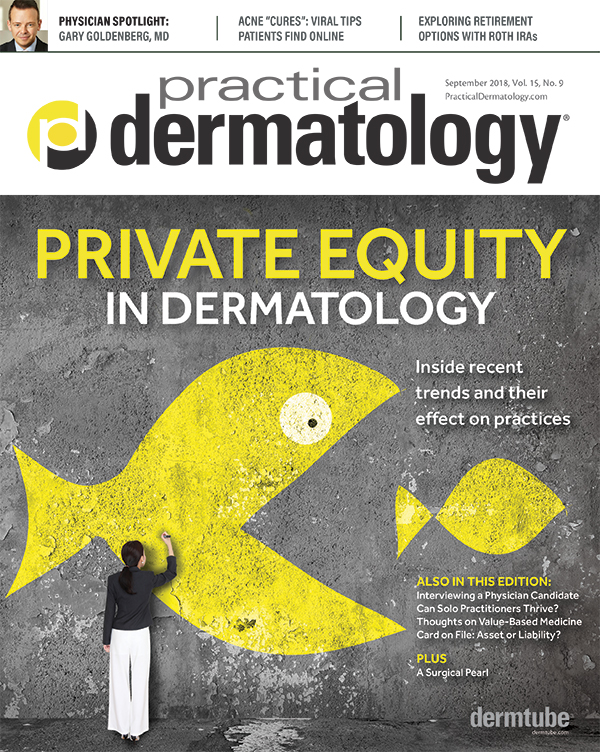 The jury is still out on many of the proposals outlined in the July 2018 Centers for Medicare & Medicaid Services (CMS) guidance, but the new biopsy codes are a sure thing.

Mark D. Kaufmann, MD is an associate Clinical Professor of Dermatology, Dept. of Dermatology at the Icahn School of Medicine at Mount Sinai in New York City.

The Dermatology Market: A Tidal Wave of Private Equity Investment

A beginner’s guide to the complex world of mergers and acquisitions.

It’s still possible to have a work and personal life you love through independent physician’s practice.

It makes good business sense to optimize value, whether looking to sell soon, in the future, or never.